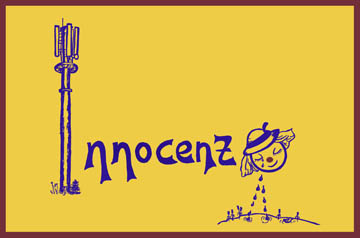 For Ezekiel and all children - may they always have plenty of laughter, creativity, health, love and hope.

Acclaimed by educators, parents and activists in the U.S. and Europe, Innocenzo is a comedic, poetic, musical touring performance for all ages about a clown trying to live in the 21st century. It is the first professional touring theatre performance to address electro-sensitivity and digital addiction and does so in a way that inspires, empowers and amuses children and adults. Our title character moves to a city in Switzerland only to fall sick after becoming enamored of and emulating his neighbors' digital lifestyles. 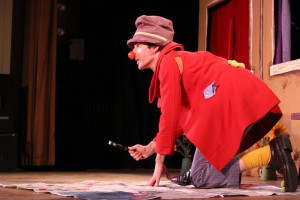 After visiting many doctors and healers unable to explain his bewildering symptoms, he finally understands he has become sensitive to electromagnetic radiation and begins to heal . . . The story is inspired by the experience of its' co-creator Godeliève Richard. You can read Godeliève's story, originally published in the Swiss magazine Femina by clicking here. Innocenzo's music was written with award-winning singer-songwriter Carrie Ferguson, who also tours with the performance. Our collaboration with Carrie was honored by a grant from Club Passim's Iguana Fund.

"It was a pleasure to attend the performance and I particularly appreciated the finesse with which the message about electrosmog's impacts is shared with children." - P. Duvanel, Director, Office of Information Technology for Public Schools, Canton of Neuchâtel, Switzerland 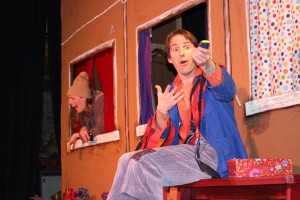 "a remarkably breakneck theatrical agenda . . . gifted with pronounced funny bones and a penchant for looniness, there’s a mission and a method to their madness . . . If one guy, one lady, one musician and one stage can shake and wake the world up like this, what unknown possibilities await the rest of us?"
- Greenfield Recorder, read the article

" . . . the story of a clown who falls ill, a victim of electrosmog, and how he emerges from this or at least limits the damage . . . " - l'Impartial, Switzerland, read the translated article

"IT WAS SOOO GOOD!  I just had to write and tell you what a great job I think you guys did.  What a great way to entertain kids and send a good message to the parents at the same time!   that's all.  Just wanted to say thanks.  - Jim B., Shelbure Falls, MA

"I attended the premiere of “Innocenzo”, presented by Piti Theatre Company in Colombier and found it very enjoyable, magical, entertaining, and above all, informative about concerns regarding our exposure to electrosmog. The principal actors, Godeliève and Jonathan, are creative and talented. I admire their engagement to raise awareness of this issue among the general public, especially young children, and wish them much success in their determination to present this play to audiences in English- and French-speaking countries."- Meris Michaels, Editor, "Towards Better Health" Blog

"The play was superb. As a journalist, I started out, in Connecticut, as theater critic. As a great deal of Connecticut is in the orbit of New York, the audiences are used to very good theater, so, in order to pull in the crowds, the Connecticut theaters have to do good work . . .  Thus, I have some background with which to judge what you're doing. The play captivates the school-age audience (especially by drawing them right into the performance). The adults were obviously not simply watching their children being entertained and instructed but -- and this was as much a part of the show as what was happening on stage -- were equally drawn into the story. This simultaneous appeal to two vastly different age groups is an impressive success in confronting something that is extremely difficult to achieve and rarely as successful as what you have done. The balance between entertainment and instruction was impeccable. All I can say is: keep up the good work!" - Robert James Parsons, Independent Journalist, Geneva

"Thank you for the fun and poetic show that you both gave us. It was very nice to collaborate with you." - Liza Krivine, Centre de Prévention et Santé, Colombier, Switzerland

"It was a terrific show yesterday! We enjoyed it immensely!"- E.F., Shelburne Falls

"I thoroughly enjoyed watching the "Innocenzo" show by Piti Théâtre Company. The team managed to explain convincingly the health implications of wireless to young children. The issue of electrosmog is complex but the kids were very receptive of the message and they will surely educate their parents at home!" - Anton Fernhout, Environmental Engineer, Association Romande Alerte, Switzerland

Contact us for a complete performance video and sample publicity materials: booking"at"ptco.org

You do not need to be a professional presenter to bring this show to your community. Innocenzo is also available in french. Click here for the french webpage.

A Note On Our Intention

We understand the "controversial" nature of this subject. Our aim is not to create or add to any existing conflicts. We are telling the story we have lived with the aim of prevention. Given our experience with electrosmog (ie, becoming seriously ill from it), we have decided not to wait for every scientist in the world to come to an agreement before taking action.

There are many documentary films, books and more than 6,000 independent scientific studies about risks for humans and wildlife related to exposure to EMF/RF radiation from cell phones, wifi, cordless phones, antennas, smart meters, microwave ovens, etc.. We want to bring the power of high-quality live theater into the discussion and believe that artistic truth and humor can resonate deeply in the effort to help people lead healthier lives. 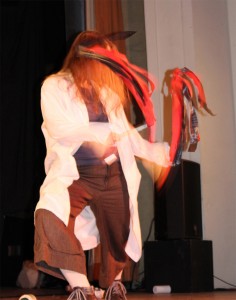 This choice of subject also grows out of three years of serious health problems endured by Piti Theatre's co-founding Artistic Director Godeliève Richard which culminated in November, 2012 when we finally understood that she, along with many others whose doctors have attributed their health problems to another cause, is electrohypersensitive. In March, 2014, Godeliève's story was published in Femina, one of the major magazines in french-speaking Switzerland.

In June 2015, Jonathan Mirin's essay "All I Really Need to Know About EMF I Learned After My Wife Got Sick: A Brief History of Electrosmog" was published in Spirit of Change magazine and shared across many networks around the world. Click here to read it.

There are at least three ways to collaborate with us:

We encourage you to get in touch with us about bringing Innocenzo to your community.

You can also make a donation specifically in order to help us bring the show to a venue that does not have full funding.

1. An enthusiastic volunteer has translated the show into German. If you are interested in helping us tour the German version in Germany, Austria or Switzerland as a sponsor, organizer, etc. please contact us.

2. Innocenzo, the movie: In order to reach as many people as quickly as possible, we would like to create a film version of the play. We invite potential producers and collaborators to get in touch.

Early support for Innocenzo* came from the Centre de Culture ABC in La Chaux-de-Fonds, Switzerland who have offered us two residencies - the first to develop the project (August 2013) and the second leading up to the first public performance of the french version (August 2014).

2. Testimonials from people affected by EMF

If your health has been impacted by electrosmog, we encourage you to send us your story for eventual use in an exhibition about the subject presented in tandem with the show.

if you feel inspired to be part of this project, get in touch. Areas of opportunity include:

Since 2004, Piti Theatre Company has been creating original work inspired by contemporary social concerns. The work has been for children and adults and has toured the U.S. and internationally to widespread critical and audience acclaim. The 90's tech bubble, Crohn's disease, and the disappearance of the honeybees have been some of our subjects. These performances have received feature coverage in the New York Times, the International Herald Tribune, the Boston Globe, San Jose Mercury News, "All Things Considered" on WBUR (Boston's NPR station), Canal Alpha (Swiss Television) and many other publications, magazines, television programs and blogs. The result has been the raising of awareness about the health and environmental subjects towards which we are drawn. 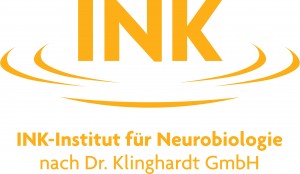 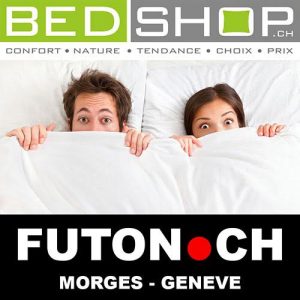 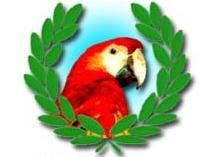