Read a Review from the NYC run! 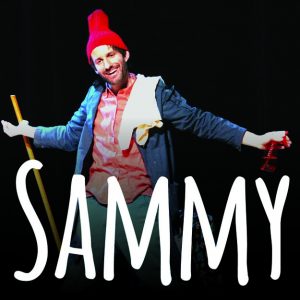 An American (clown) in Paris, Sammy the Waiter is struggling with his French, vivid imagination and the magic & music in his heart. Can you help him keep his job?

Sammy featured in “Best Family Theatre in NYC this Fall”

To be escorted to the show at Greenwich House Music School, arrive at the FringeHUB, 685 Washington Street (corner of Charles Street) at least 15 minutes before showtime. Otherwise, you can go directly to GHMS, 46 Barrow Street, 2nd Floor. 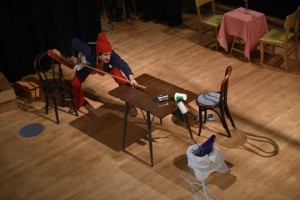 Sammy is inspired by Chaplin, Keaton, Calvin and Hobbes, 1947’s The Secret Life of Walter Mitty, and Mirin’s own experiences living and working in French-speaking Switzerland.